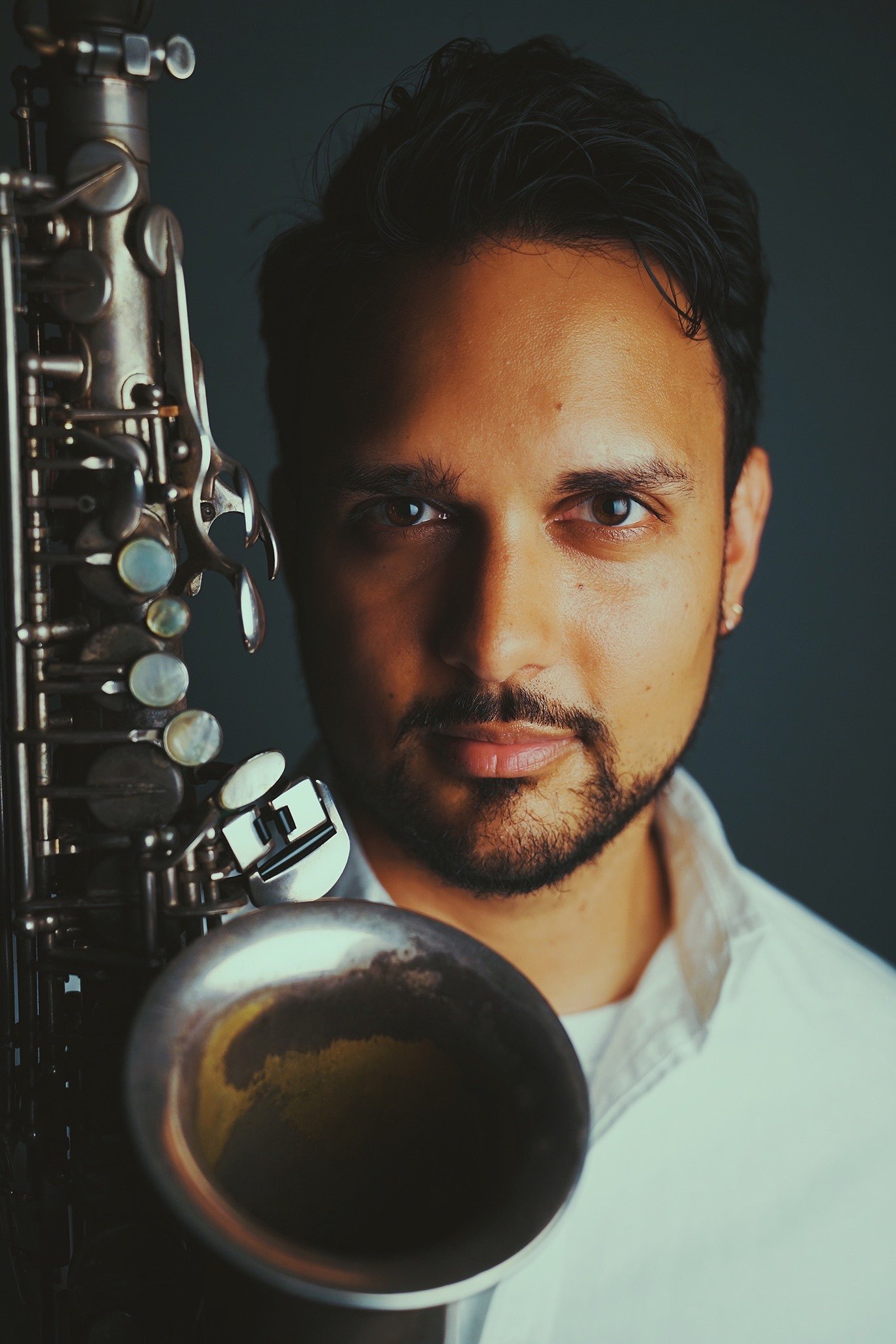 Brooklyn based Aakash Mittal – “a fiery alto saxophonist and prolific composer,” notes the Minneapolis Star Tribune – has created a strikingly evocative portrait of urban India with Nocturne, the first album by his Awaz Trio featuring guitarist Miles Okazaki and percussionist Rajna Swaminathan (who plays the mridangam and kanjira). The album, to be released September 10, 2021 via Bandcamp, summons the teeming sound world of nighttime Kolkata (formerly Calcutta). About the project, Mittal says: “I wanted to explore ‘night music’ as not only being meditative, calm and peaceful, but also being full of density, collision, friction and dissonance. There’s the Western classical concept of the nocturne in music as with Chopin and others, of course, as well as the deep culture that surrounds jazz as a nighttime performance art. I wanted to combine those ideas with the Hindustani tradition of performing ragas at specific times of night. Each piece on the album explores and deconstructs a different evening and night raga that I studied with the sarod player Prattyush Banerjee in India. I took the shapes and intervals of each of these ragas, abstracted them and framed them in different contexts. There’s a lyricism that reflects the slow cadence of blue light melting into darkness, but there is also that aspect of energy, urgency and intensity that can rise with the urban nighttime in India.”